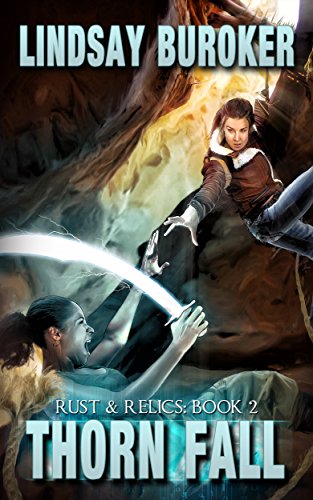 Delia never thought her love of adventure and artifact hunting would lead her to discover such oddities as man-slaying monsters, magical swords, and elves on motorcycles. Oh, and there’s also the Ancient Spartan warrior who’s been stranded in the present—he’s offering to work as her bodyguard in exchange for English lessons.

She’s barely wrapped her mind around these strange new developments when another monster arrives, this time in Sedona, Arizona. The tourist town is known for its majestic rock formations, “healing vortexes,” and ruins left by the Sinagua, a native people who mysteriously disappeared hundreds of years ago. Monsters are a more recent development. This one is leaving death and destruction in its wake, and Delia and her friends are the only ones who know what’s going on. They’re also the only ones with a weapon that can harm the creature—if they can find it.

To add to their problems, a centuries-old evil has been reawakened, one that threatens to deliver the people of Sedona to the same fate as the Sinagua. And Delia and her friends along with them.