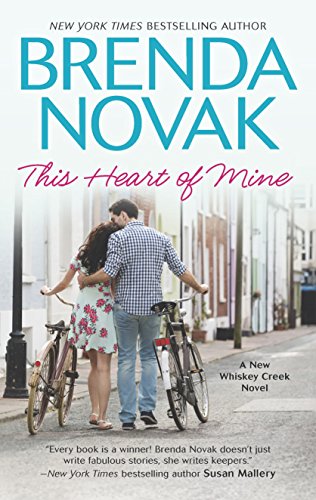 Phoenix Fuller has just returned home to Whiskey Creek, after having served a 17 year prison sentence for vehicular manslaughter of a girl she went to High School with. The victim was dating Phoenix’s ex-boyfriend, Riley Stinson.

First love. Second chance? As the daughter of a hoarder, Phoenix Fuller had a tough childhood. So when the handsome, popular Riley Stinson became her boyfriend in high school, she finally felt as though she had something to be proud of. Phoenix was desperate not to lose him-especially once she found out she was pregnant.

Yes, she might have acted a bit obsessive when he broke up with her. But she did not run down the girl he started dating next. Unfortunately, there was no way to prove her innocence. Now, after serving her time in prison, Phoenix has been released. All she wants to do is return to Whiskey Creek and get to know her son. But Jacob’s father isn’t exactly welcoming. Riley doesn’t trust Phoenix, doesn’t want her in Jacob’s life. He is, however, ready to find someone to love. And he wants a good mother for his son. He has no idea that he’s about to find both!