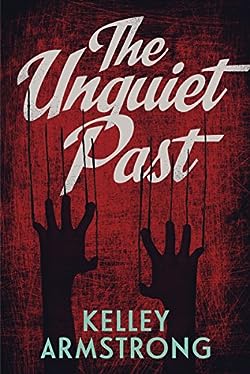 Book in the Secrets series
published 2015

You can only hide from the truth for so long.

Tess has always been tormented by waking visions that make her question her sanity. When the orphanage she lives in burns down, she decides to face her fears and find out once and for all that is wrong with her. She believes the truth must lie with her parents, and so, armed with only an address and phone number, Tess travels to a crumbling mansion in rural Quebec, where she discovers evidence of mistreatment of mental patients. She also makes an unlikely ally and gradually unearths her family’s sad history—and finally accepts the truth about her paranormal powers.

Part of the SECRETS–a series of seven linked novels that can be read in any order. The Unquiet Past is a YA historical mystery with paranormal elements. It is set in 1964, mostly in Montreal and rural Quebec. The narrator is almost 17 year old Tess. She is in orphan trying to uncover the truth about her parentage.  When in 1964, an orphanage in Ontario has burnt down, the oldest kids are sent off on their own with only a small piece of info given to each of them about their past.