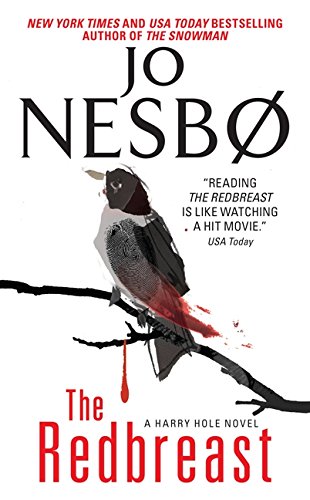 The Redbreast is a fabulous introduction to Nesbø’s tough-as-nails series protagonist, Oslo police detective Harry Hole. A brilliant and epic novel, breathtaking in its scope and design—winner of The Glass Key for best Nordic crime novel and selected as the best Norwegian crime novel ever written by members of Norway’s book clubs—The Redbreast is a chilling tale of murder and betrayal that ranges from the battlefields of World War Two to the streets of modern-day Oslo.

Follow Hole as he races to stop a killer and disarm a ticking time-bomb from his nation’s shadowy past. Vogue magazine says that “nobody can delve into the dark, twisted mind of a murderer better than a Scandinavian thriller writer”…and nobody does it better than Jo Nesbø! James Patterson fans should also take note.

Not all angels are heaven sent. I am one such angel, and I have come to pass judgement on the living, and the dead…

A report of a rare and unusual gun – a type favoured by assassins – being smuggled into the country sparks Detective Harry Hole’s interest. Then a former WW2 Nazi sympathizer is found with his throat cut. Next, Harry’s former partner is murdered. Why had she been trying to reach Harry on the night she was killed?

As Harry’s investigation unfolds, it becomes clear that the killer is hell-bent on serving his own justice. And while the link between the cases remains a mystery, one thing is certain: he must be stopped.