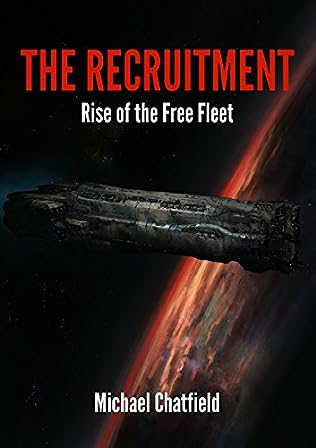 The Kalu-Union war ended a century ago, driving both forces back to their home systems. The Planetary Defense Force (PDF) which had protected the Union for thirty years was left weakened by the long war.

The Syndicate, a group of criminals banded together under the harsh rule of Lady Fairgate exploited this weakness, destroying the PDF and breaking the Union apart. Bored and not wanting to deal with the managing of their own ships, or taking planets. They expanded the Union under the guise of the PDF, using creatures as unknowing slaves to their desires.

James Cook is rarely known by his real name. For the past four years, he’s been playing Mecha Assault One. He is Salchar, the leader and strategist of the gaming team Mecha Tail. After a year hiatus, Mecha Tail and their enemy, Samurai’s Revenge are about to finally go head to head when spacecraft start abducting children, teenagers and young adults. The Planetary Defense Force (PDF) need soldiers; how many that die from training is of no concern. The battles have become real and James Cook must become Salchar to keep himself, his squad and those that have been recruited into the PDF’s ranks alive.

One AI and a crazed engineer know the truth about the PDF and must decide whether to trust Salchar with that knowledge.