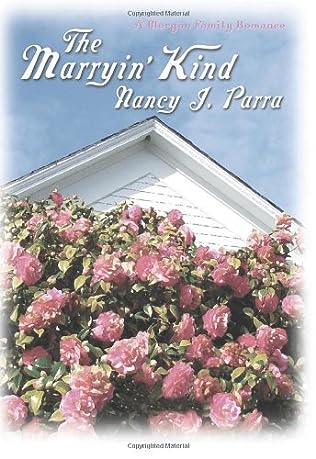 At the ripe old age of twenty-three, Madeline Morgan is resigned to the idea that love and marriage are not for her. Unfortunately, her father disagrees and comes up with an ingenious plan. To curb the love life of his youngest, Robert Morgan proclaims that neither of his younger daughters can marry until Maddie does. This causes a stir and a generous pot is set up for whoever can take Maddie off the market.

Aghast at being hounded by sweaty bachelors anxious to win the pot and her hand, Maddie turns to her brother for help. Her brother’s solution is to spread the story that Maddie was pining away for the love of her life, Evan Montgomery, who left for the war and has never returned. Things go from bad to worse when the ladies in town, struck by the romance of long lost love, demand that Maddie’s father rescind his proclamation and that the mayor give Maddie the deed to the dilapidated Montgomery ranch.

When Maddie protests that her brother has gone too far, he replies with a shrug and the carefree statement that she needn’t worry because, after eight years, it’s unlikely that any Montgomery would show up.

As luck would have it, two years later Trevor Montgomery returns home to find a beautiful stranger living there, claiming to be his brother’s fiancé. A fiancé Trevor wishes were his own. Torn between his loyalty to his brother and the love in his own heart, Trevor works to uncover the truth behind the woman who has stolen more than his family home.