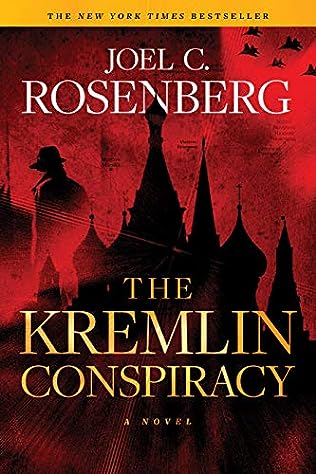 Everything he learned to protect the president, he must use to take out theirs.

Rosenberg’s latest thriller opens in 1999. A young Russian lawyer named Oleg Kraskin plans to ask the father of his longtime girlfriend, Marina, for his permission to propose to his daughter. There’s just one problem. . .

Marina’s father is Aleksander Luganov, the former head of the Russian Federal Security Service, current prime minister, and the man chosen to be the next president of Russia.

With an American president distracted by growing tensions in North Korea and Iran, an ominous new threat is emerging in Moscow. A czar is rising in the Kremlin, a Russian president feverishly consolidating power, silencing his opposition, and plotting a brazen and lightning-fast military strike that could rupture the NATO alliance and bring Washington and Moscow to the brink of nuclear war. But in his blind spot is the former U.S. Secret Service agent, Marcus Ryker, trained to protect but ready to kill to save his country.