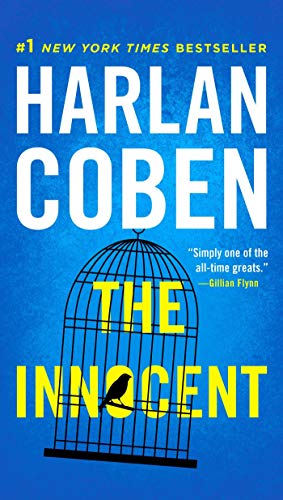 #1 New York Times bestselling author Harlan Coben takes readers on an electrifying ride in this thriller that peeks behind the white picket fences of suburbia—where one mistake can change your life forever.

SSome mistakes can change your life forever. The horror of one night is forever etched in Matt Hunteras memory: the night he innocently tried to break up a fightaand ended up a killer. Now, nine years after his release from prison, his innocence long forgotten, heas an ex-con who takes nothing for granted. With his wife, Olivia, pregnant and the two of them closing on a house in his home town, things are looking up.

Until the day Matt gets a shocking, inexplicable video call from Oliviaas phone. And in an instant, the unraveling begins. A mysterious man who begins tailing Matt turns up dead. A beloved nun is murdered. And local and federal authorities–including homicide investigator, Loren Muse, a childhood schoolmate of Mattas with a troubled past of her own– see all signs pointing to a former criminal with one murder already under his belt: Matt Hunter. Unwilling to lose everything for a second time, Matt and Olivia are forced outside the law in a desperate attempt to save their future together.

An electrifying thrill ride of a novel that peeks behind the white picket fences of suburbia, The Innocent is at once a twisting, turning, emotionally charged story and a compelling tale of the choices we make and the repercussions that never leave.