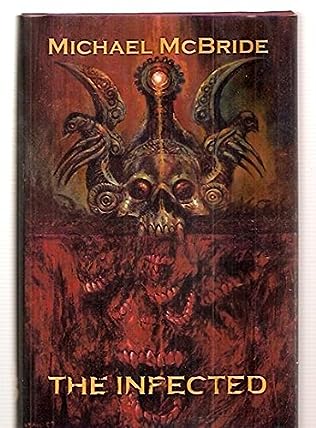 The Infected is an apocalyptic novel that begins with a Mayan priest casting a curse upon the Spanish invaders who are slowly decimating his people later in the future,in a vision. The book jumps ahead to the present time, as the curse is fulfilled with a plague of zombies infected by a swarm of flies.

They’re breeding in the darkness, underground, feasting on blood and carrion. For centuries they’ve been sustained by offerings of ritualistic sacrifice, propagating the contagions to be unleashed on the world through savage stingers when the day of destiny finally arrives. Millions of sand flies, swarming through caverns riddled with human and animal remains, awaiting the vernal equinox when the serpent god Kukulcán will descend from the heavens to release them and deliver his vengeance upon those who drove his worshippers from their sacred land.

The pandemic is at hand, for contained within each of the insects is a deadly combination of microorganisms capable of laying waste to the human immune system and ravaging the flesh, killing the cerebrum and leaving the victim at the mercy of the primitive hindbrain. Those contaminated become enraged creatures functioning on instinct alone, capable only of killing and spreading the disease.

The sick now hunt the dwindling bands of survivors, who will soon learn that the only thing worse than dying, is becoming one of The Infected.