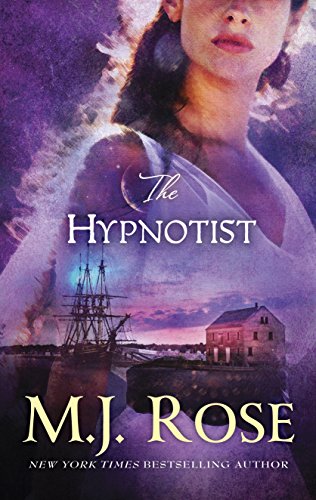 Book 3 in the Reincarnationist series (2010)

An FBI agent, tormented by a death he wasn’t able to prevent, a crime he’s never been able to solve and a love he’s never forgotten, discovers that his true conflict resides not in his past, but in a Past Life.

Haunted by his inability to stop the murder of a beautiful young painter twenty years ago, Lucian Glass keeps his demons at bay through his fascinating work with the FBI’s Art Crime Team. Investigating a crazed collector who’s begun destroying prized masterworks, Glass is thrust into a bizarre hostage negotiation that takes him undercover at the Phoenix Foundation—dedicated to the science of past-life study. There, to maintain his cover, he submits to the treatment of a hypnotist.

The Hyponist is a genre-bending thriller by established author M. J. Rose. Although it’s third in The Reincarnationist series, The Hypnotist works perfectly as a standalone despite some recurring characters