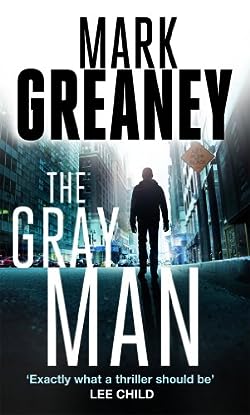 Courtland Gentry is a good man. But he’s a great assassin. He is the Gray Man, possibly the ablest assassin in the world. He’s an independent operator. He works through a “handler” a “contractor” and he only takes contracts that he approves of. He only kills those whom he believes need killing. The name Gray Man has made it into underworld mythology, his name is whispered and comes up every time a difficult of seemingly impossible hit takes place.

To those who lurk in the shadows, he’s known as the Gray Man. He is a legend in the covert realm, moving silently from job to job, accomplishing the impossible and then fading away. And he always hits his target. Always. The Gray Man, known as ‘Gentry’ is a ‘blacked list’ ex-CIA operative who has to fend for himself after being ‘double-crossed’ by the CIA.

But there are forces more lethal than Gentry in the world. Forces like money. And power. And there are men who hold these as the only currency worth fighting for. And in their eyes, Gentry has just outlived his usefulness.

But Court Gentry is going to prove that, for him, there’s no gray area between killing for a living and killing to stay alive…