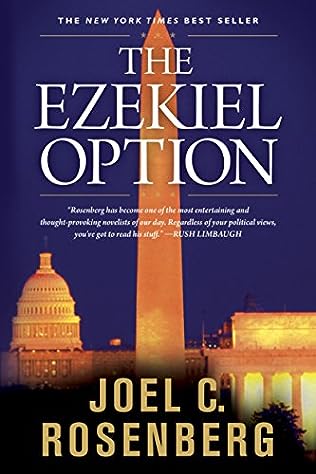 Picking up from where The Last Days left off, The Ezekiel Option begins with a hi-jacked Russian airliner that is about to be flown into the U.S. capitol. The airliner is shot down, and this becomes the source of worldwide propaganda against the U.S.

The third of the Last Jihad series deals with the War of Gog and Magog which is described in Ezekiel 38 and 39.

When Russia’s richest oil baron is killed, Moscow suddenly teeters on the verge of political chaos. Tehran races to complete its nuclear arsenal. Washington finds herself dangerously divided from her European allies. A new evil looms on the horizon. A dictator is rising in Russia. Iran is feverishly building nuclear weapons.

A new axis of evil is emerging, led by Moscow and Tehran. And Jon Bennett and Erin McCoy, two senior White House advisors, find themselves facing the most chilling question of their lives: is the world rushing to the brink of an apocalypse prophesied more than 2,500 years ago? Fundamentalists believe that the State of Israel, founded in 1948, will apparently be the focal point of the Second Coming of Christ.