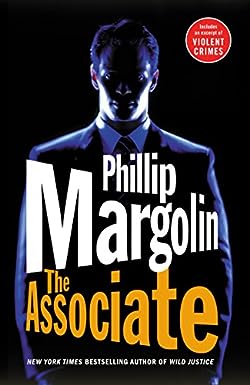 A mesmerizing tale of deceit and criminal stealth in the high-stakes world of pharmaceutical research from Phillip Margolin, the New York Times bestselling master of the courtroom thriller.

Daniel Ames is living the American dream. Though born into poverty and living on the streets by the age of fifteen, Daniel has overcome every obstacle — and now is an associate at Reed, Briggs, Portland’s most prestigious law firm, earning more money than he ever imagined possible.

But when Aaron Flynn enters his life, Daniel finds himself caught between his towering ambition and his bedrock idealism. Flynn, a charismatic civil litigator, sues Geller Pharmaceuticals — Reed, Briggs’s biggest client — for manufacturing a drug that he claims causes unspeakable birth defects. Daniel is certain the claim has no merit — until a memo written by a Geller scientist is found, detailing the shocking results of a study that implicates the company in a horrific lie.

Could Daniel unwittingly be helping Geller cover up a dark secret? As he begins to investigate, his world comes tumbling down around him. His work is sabotaged, he’s accused of professional incompetence, and he’s fired. Twelve hours later the man who fired him is murdered. Daniel is arrested.

With help from two women, including lawyer Amanda Jaffe (whom we met in Wild Justice), Daniel scrambles to clear his name and save his reputation — and in the process unearths a trail of deceit that leads back to a series of unsolved kidnappings seven years earlier. But someone doesn’t want this trail explored, and Daniel becomes the target of a vicious killer who will stop at nothing to prevent the truth from being revealed.