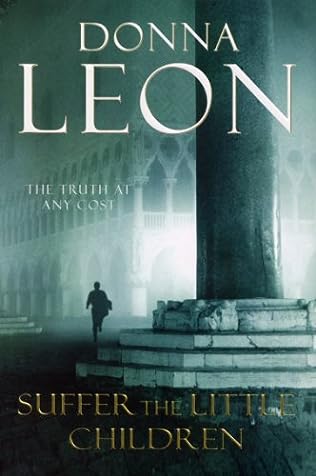 Donna Leon’s charming, evocative, and addictive Commissario Guido Brunetti series continues with Suffer the Little Children. When Commissario Brunetti is summoned in the middle of the night to the hospital bed of a senior pediatrician, he is confronted with more questions than answers.

Three men—a young Carabiniere captain and two privates from out of town—have burst into the doctor’s apartment in the middle of the night, attacked him and taken away his eighteenth-month old baby boy. What could have motivated an assault by the forces of the state so violent it has left the doctor mute? Who would have authorized such an alarming operation? At the same time, Brunetti’s colleague Inspector Vianello discovers a money-making scam between pharmacists and doctors in the city.

But it appears as if one of the pharmacists is after more than money. But soon Brunetti begins to uncover a story of infertility, desperation, and an underworld where babies can be bought for cash – linked with a money-making scam between pharmacists and doctors in the city. And knowledge can be as destructive as greed – certain information about one’s neighbors can lead to all kinds of corruption and all sorts of pain.

Donna Leon’s new novel is as subtle and fascinating as ever, set in a beautifully-realized Venice, a glorious city seething with small-town vice.