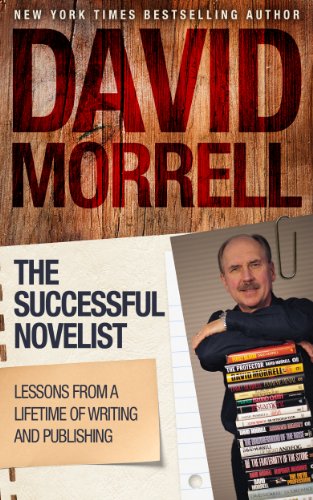 David Morrell has been a successful novelist for more than forty years, an eternity when many literary careers end after twenty years. His debut novel FIRST BLOOD introduced the character of Rambo, an international icon that became the basis for a blockbuster movie franchise. His classic espionage novel The Brotherhood of the Rose was the basis for the only television miniseries to be broadcast after a Super Bowl.

During his numerous decades in the publishing world, David has seen vast changes, and yet the principles of effective fiction writing remain the same. Using a conversational tone that will make you think he is actually speaking to you, he describes every facet of writing fiction, including the all-important “Why do you want to do something this insane?” His chapters about description and dialogue will instantly improve your writing. His discussions about the business of writing and the world of Hollywood will give you a rare insider’s look behind closed doors. His advice about how to get published and about self-publishing will help you chart your course.

But The Successful Novelist is more than a how-to book. It will teach you about yourself as well as about your writing. It will help you find your own unique voice and subject matter, the essential elements of a long, successful career.