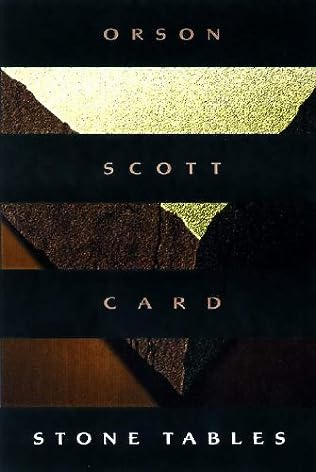 The law said he was supposed to die at birth, but he lived. Pharaoh’s daughter declared him to be her son, but he chose to be a son of Israel.

He tried to lead the quiet life of a shepherd, but the Lord sent him to tell Pharaoh: Let my people go. As his life was changed again and again, how did Moses make the choices that prepared him to be the prophet of God? How did life look through his own eyes? We cannot know, but we can try to imagine, and in Stone Tables, noted author Orson Scott Card explores what it might have been like to be Moses.

He also explores the lives of Moses’ brother Aaron, his sister Miriam, the two women he called “mother”, and the woman he married. Who knew him better than these fellow travelers on the long journey from the despair of slavery to the joy of liberation, from reliance on their own wit and strength to putting themselves in the hands of God? All their lives were remarkable, and in these pages you will come to know them all.