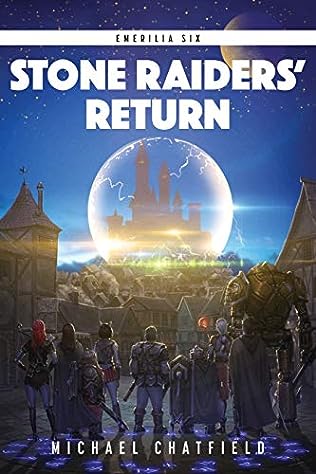 As the Stone Raiders have grown in power they have started to attract the eyes of established powers. Gudalo has become a vipers nest of schemers as the Gudalo Kingdom’s situation turns dire.

They might have fled the Selhi Capitol, but as Selhi is learning, one doesn’t simply get away with acting out against the Stone Raiders.

Dave and Party Zero continue to grow in power, finally free from the battles helping the Aleph, Demons and Beast Kin they are now free to work on their own skills and their new guild hall.

As the Stone Raider’s Return, their choices and actions will either lead then to become the most powerful guild Emerilia has seen, or be wiped out by those that oppose them.

Dave is preparing to survive the upcoming battles on Emerilia. He is also making future preparations for possibly dealing with the Jukal. While he does have enemies on Emerilia, they are merely puppets to the Jukal, which makes him his true enemy.

The Stone Raiders are the peacekeepers, and everyone is trying to knock them down or destroy them, but they are too powerful and hide their abilities from everyone outside their guild.