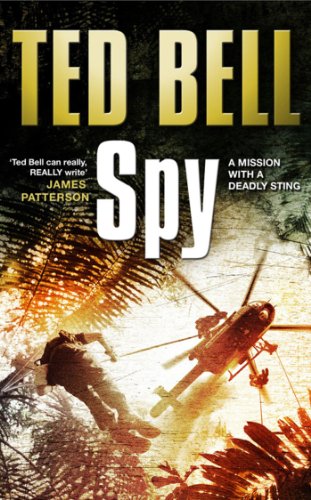 Terror looms as a madman works his dark magic in the heart of the Amazon and a nightmare erupts along the Mexican border, creating a deadly combination that threatens to bring America to its knees.”A border ain’t nothing but a law drawn in the sand.” So says a small-town Texas sheriff in Ted Bell’s most gripping espionage thriller to date

Things along America’s southern border are rapidly reaching the boiling point. American girls are being snatched from their homes, ranches are burning, and the number of deadly confrontations along the Mexican border grows daily. At night, armed Mexican troops cross the border at will in support of narcotics smugglers and illegal immigrants. By day, Americans take up arms and plan reprisals. An all-out border war is no longer inconceivable. It’s happening!

With tensions on its southern border threatening to ignite into war, America must look to the one man who might be able to confront the demons in the jungle…and destroy them. Alex Hawke, with the aid of brilliant Scotland Yard Inspector Ambrose Congreve, and an unstoppable force of nature named Stokely Jones, begins a river journey fraught with peril.

He must find a river with no name, and a villain like no other. He must confront all the terrors that man and nature can hurl at him. From black magic, poison-tipped arrows, and blowguns to an awesome arsenal of the most advanced military hardware, Hawke must overcome insurmountable odds in his quest for victory.