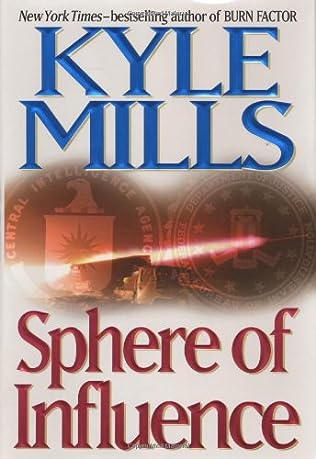 After years of putting truth ahead of protocol, Mark Beamon is languishing in a dead-end job in the Bureau’s Phoenix office. But before he can officially be put out to pasture, he’s called in for one final assignment.

It was supposed to have been fun—a quick undercover job that would temporarily free Beamon from managerial hell. But now his young partner is dead and the FBI is strangely reluctant to ask the questions that could bring his killers to justice.

Determined to find the truth even if it destroys him, Beamon plunges headlong into a world of drug trafficking, government corruption, murder, and betrayal. As he penetrates deeper he finds himself tumbling further and further into the undercover persona created for him—that of a cold-blooded mercenary known only as Nicolai. Too deep, perhaps, to ever return.

When Beamon discovers the existence of the mysterious Christian Volkov—a master criminal and a man with seemingly limitless power—it quickly becomes clear that only through him will Beamon be able to avenge his friend’s death and unravel the conspiracy threatening his country. Trapped where the line between international organized crime and world politics blurs hopelessly, Beamon discovers that the stakes are much higher than he ever imagined. And that the enemy is much closer than he thinks.