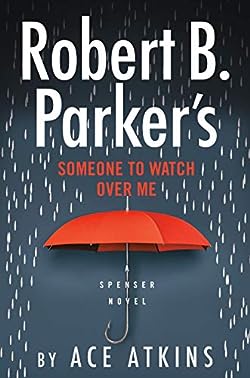 Book 48 in the Spenser series
published 2021

In this next thriller in the New York Times-bestselling Parker series, Spenser and his new apprentice trace the murder of a young woman to an international crime ring that has been operating with impunity because of the powerful and highly connected billionaire at its helm.

Ten years ago, Spenser helped a teenage girl named Mattie Sullivan find her mother’s killer and take down an infamous Southie crime boss. Now Mattie–a college student with a side job working for the iconic private eye–dreams of being an investigator herself. When Mattie’s childhood friend from the South Boston housing projects, Chloe Turner, is found dead, she decides to take on the case for the family. Taking a cue from her boss, Mattie has a knack for asking the right questions of the wrong people.

Soon Spenser and Mattie find ties between Turner and dozens of other girls from poor families to an eccentric billionaire with a massive home along Commonwealth Avenue. The man owns properties and businesses throughout Massachusetts with connections to local politicians, the state house, and beyond. As a bleak winter bears down on Boston, Spenser and trusted ally Hawk must again watch out for Mattie as she unravels a massive sex-trafficking ring that will take them from Boston to the Bahamas, crossing paths with local toughs and an old enemy of Spenser’s–the Gray Man–for a final epic showdown