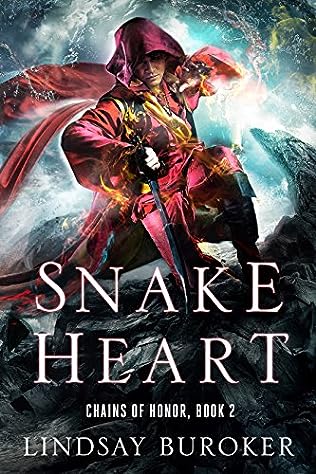 Tasked with an impossible mission, hunted by the very people he wants to protect, Yanko White Fox is the only one who can save his nation from famine and anarchy. Armed only with his fledgling skills as a wizard and accompanied by allies he’s not sure he can trust, he must track down an ancient relic before his enemies find it first.

Yanko, his one-eyed ‘bodyguard’ Dak, light-fingered Lakeo, and Arayevo, now know what they must search for in order to find the lost island of the Kyattese… the problem is that it appears every other nation wants to find it as well.

But a sea full of obstacles stands in the way, including his mother. The deadly and infamous pirate Snake Heart cares nothing for the family—or the son—she abandoned and wants the artifact for herself. Yanko also gets the chance to speak with his mother and find out more about the reason she left her husband and children to become a pirate.