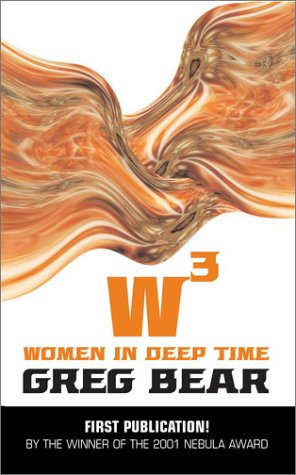 Collecting six stories in old paradigms, Sleepside features Greg Bear’s outstanding fantasy writing: “Webster,” “The White Horse Child,” “Sleepside Story,” “Dead Run,” “Through Road No Whither,” and “Petra.” This edition also includes the special introduction by the author: “On Losing the Taint of Being a Cannibal.”

Bear has been called the “best working writer of science fiction” by The Ultimate Encyclopedia of Science Fiction. He has been awarded two Hugo and four Nebula Awards, and holds the distinction of being one of two authors to win a Nebula in every category.

His novel Darwin’s Radio, published by Ballantine Books, won the Nebula Award for “Best Novel of 2000,” and was honored with the prestigious Endeavor Award. His novels and short stories have been translated into fifteen languages.