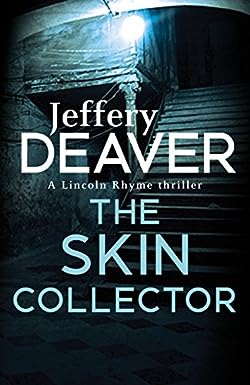 A new type of serial killer is stalking the streets of New York – one more devious and disturbing than ever before. And he is on the loose: a criminal inspired by the Bone Collector. And Rhyme must untangle the twisted web of clues before the killer targets more victims-or Rhyme himself.

The killer’s methods are terrifying. He stalks the basements and underground passageways of New York City. He tattoos his victims’ flesh with cryptic messages, using a tattoo gun loaded with poison, resulting in agonizing, painful death.

When a connection is made to the Bone Collector-the serial killer who terrorized New York more than a decade ago-Lincoln Rhyme and Amelia Sachs are immediately drawn into the case.

Rhyme, Sachs, and the NYPD must race against time to answer the many questions the investigation uncovers: Whom will the killer attack next? What is the message behind the victims’ tattoos? Does the killer’s own inking–a fanged centipede sporting a woman’s face–hold any significance? And what is his ultimate mission?

As time runs out, Rhyme discovers that the past has returned to haunt him in the most troubling way imaginable…