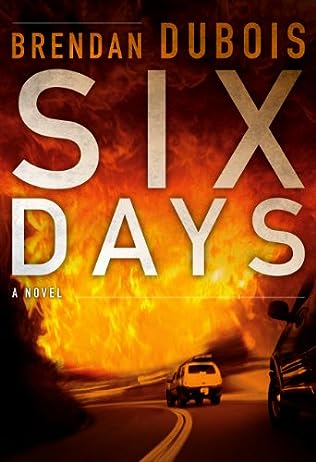 What if the American economy collapsed, global warming ruined the agriculture industry, and a group of patriots determined that the only way back to greatness was to stage a military coup? Ex-Special Forces operative Drew is amidst the chaos.

A week is a long time in politics, but six days can destroy democracy…

It should be the happiest days for former special forces agent Drew Connor. Out walking in New Hampshire’s White Mountains with his girlfriend Sheila Cass, he has butterflies in his stomach and an engagement ring in his pocket. Then a thunderstorm hits, and they take shelter in what Sheila thinks is a relay station for a state utility. But when Drew enters the building, he realizes they have stepped into something far more sinister.

Bullet-proof checkpoints. Telephone hotlines. A sign by a map that reads INTERNMENT CENTERS. And on a whiteboard a large, handwritten message: CASE SHILOH: ON 9/19 WE TAKE HER BACK! Drew’s instinct is to get Sheila out as quickly as possible, and when they stop at a general store, and the police open fire without asking questions, his worst fears are confirmed. Someone wants them dead for what they have seen.

And as Drew and Sheila discover, they have stumbled on a plot to kill the president and overthrow the American government, a plan that is to take place in just six days time. With the conspirators claiming they are terrorists on the run, Drew knows it is going to be hard enough just to stay alive, let alone put a stop to this most deadly of political schemes…