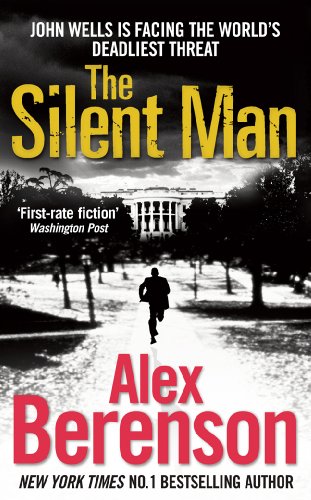 It’s been a rough few years for CIA agent John Wells. The undercover work in Afghanistan and Pakistan, the attack on the United States, the Chinese plot that could have led to war. Wells is exhausted, and his nights filled with disturbing dreams. But he knows he has no time for that. He has made many enemies, and the world won’t stay quiet for long.

Nevertheless, Wells is not prepared for what is about to happen. He and his colleague – and fiancee – Jennifer Exley are driving into work when traffic comes to a standstill, due to accidents on both bridges into Washington. A pretty big coincidence, he thinks, beginning to get a bad feeling – a feeling that only gets worse when he spots the red motorcycle zooming up between cars toward him.

Before the day is over, several people will be dead or severely injured, Exley among them, and Wells will be a man possessed. The attackers are Russian, and it is to Russia that Wells must follow the trail. He finds what he’s looking for – but also a great deal more. A plan of almost unimaginable consequences is in motion, and Wells has no idea if he has discovered it in time. The last few years have been rough indeed, but the next few weeks will be much, much worse.