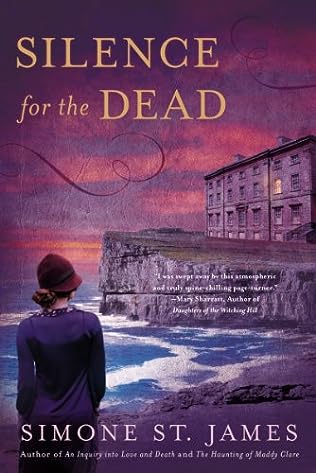 In 1919, Kitty Weekes, pretty, resourceful, and on the run, falsifies her background to obtain a nursing position at Portis House, a remote hospital for soldiers left shell-shocked by the horrors of the Great War. Hiding the shame of their mental instability in what was once a magnificent private estate, the patients suffer from nervous attacks and tormenting dreams.

But something more is going on at Portis House—its plaster is crumbling, its plumbing makes eerie noises, and strange breaths of cold waft through the empty rooms. It’s known that the former occupants left abruptly, but where did they go? And why do the patients all seem to share the same nightmare, one so horrific that they dare not speak of it?

Kitty finds a dangerous ally in Jack Yates, an inmate who may be a war hero, a madman… or maybe both. But even as Kitty and Jack create a secret, intimate alliance to uncover the truth, disturbing revelations suggest the presence of powerful spectral forces. And when a medical catastrophe leaves them even more isolated, they must battle the menace on their own, caught in the heart of a mystery that could destroy them both.