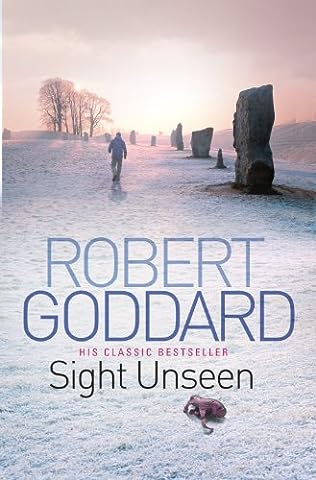 On a summer’s day in 1981, a two-year-old girl, Tamsin Hall, was abducted during a picnic at the famous prehistoric site of Avebury in Wiltshire. Her seven-year-old sister Miranda was knocked down and killed by the abductor’s van. The girls were in the care of their nanny, Sally Wilkinson.

One of the witnesses to this tragic event was David Umber, a Ph.D. student who was waiting at the village pub to keep an appointment with a man called Griffith who claimed he could help Umber with his researches into the letters of “Junius,” the pseudonymous eighteenth-century polemicist who was his Ph.D. subject. But Griffin failed to show up, and Umber never heard from him again. The two-year-old, Tamsin Hall, was never seen again either. The Hall family fell apart under the strain. Sally Wilkinson, the nanny, wound up living with Umber, whom she had met at the inquiry. But she never recovered from the incident, suffered increasingly from depression, and eventually committed suicide.

In the spring of 2004, retired Chief Inspector George Sharp receives a letter signed “Junius” reproaching him for botching the 1981 investigation. Sharp confronts Umber, whose explanation for being at the scene of the tragedy has always seemed dubious. Obliged to accept Umber’s denial of authorship of the letter, he nonetheless forces him to join in a search for the real culprit — and hence the long-concealed truth about what happened 23 years previously. It is a quest that both will later regret having embarked upon. Too late they come to understand that some mysteries are better left unsolved.