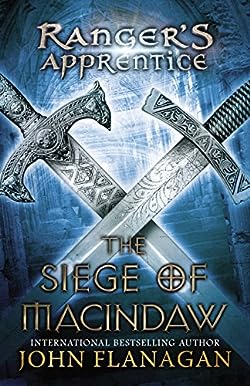 Now a full-fledged Ranger, Will must rescue his friend Alyss from a rogue knight and uncover vital information needed to ward off a Scotti invasion.

In this desolate northern fief, where can Will find the fighting men he needs to overcome the traitorous Sir Keren and his band of criminals? Across the border, the fierce Scotti tribesmen are waiting for the signal that Castle Macindaw is in friendly hands, and the way is clear to mount a full-scale attack. Time is running out. Will’s courage and ingenuity – and the arrival of an old friend – may be the only things that stand in their way. Will is determined to rescue Alyss – even if it means laying siege to an enemy castle!