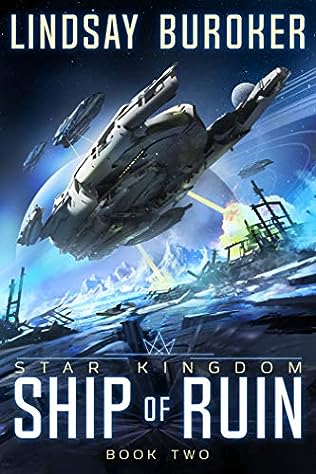 All Casmir Dabrowski wants is to return to his normal life as a robotics professor on the solid ground and agreeable gravity of his home world. No sane person would want to cavort around in space, being chased by mercenaries, soldiers, and knights—not to mention the unidentified organization that’s been sending robot assassins after him.

But his best friend’s mother is missing, an entire team of archaeologists is dead, and the greatest find in the Twelve Systems is hidden in a wreck entombed on a frozen moon.

As the Kingdom Fleet, Tenebris Rache’s nefarious mercenaries, and sinister strangers from another system descend on the ancient wreck, all wanting the secret in its hold, Casmir and his friends are caught in the middle of a battle for the future of humanity.

They may be the only ones with the unique skills to decode the wreck’s secrets, but will they survive long enough to do so?