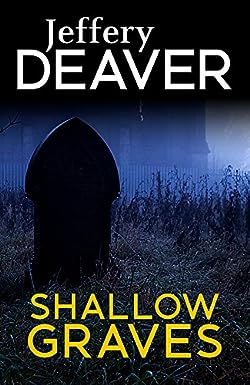 John Pelham had a promising career in Hollywood until his drinking got in the way. Now, as he tries to pick up the pieces of his shattered career, he finds himself in the small town of Cleary, New York, looking for a new location for an upcoming film. But the town’s inhabitants are less than excited. When his friend is murdered and the crime is covered up by the local police, John realizes just how far the town will go to keep its secrets hidden.

Location scouting is to the film business what Switzerland is to war. John Pellam had been in the trenches of filmmaking, with a promising Hollywood career — until a tragedy sidetracked him. Now he’s a location scout, who travels the country in search of shooting sites for films. When he rides down Main Street, locals usually clamor for their chance at fifteen minutes of fame.

But in a small town in upstate New York, Pellam experiences a very different reception — his illusionary world is shattered by a savage murder, and Pellam is suddenly center stage in an unfolding drama of violence, lust, and conspiracy, which have a stranglehold on this less-than-picture-perfect locale when a brutal murder has him hunting down justice on behalf of a dear friend.