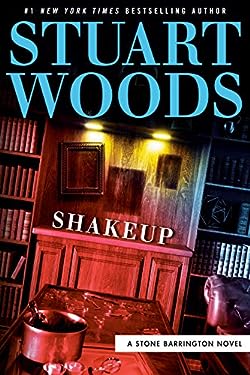 Stone Barrington must find his way out of a precarious bind in the newest novel from #1 New York Times-bestselling Stuart Woods.

Stone Barrington must track down an enemy intent on disturbing law and order in the latest action-packed thriller from the #1 New York Times bestselling author.

Upon returning from a dangerous coastal adventure, Stone Barrington is looking forward to some normalcy with the leading lady in his life. He is attending the inauguration of Holly Barker as the second female president of the United States. During that time, upon returning to the hotel, he finds a dead woman in his suite. Thus when a grisly crime arrives on his doorstep, along with some suspicious new clients eager for his help, Stone realizes peace and quiet are no longer an option.

As it turns out, the mastermind behind the malfeasance rocking New York City and the nation’s capital wields a heavy hand of influence. And when Stone is unable to recruit those closest to the case to his side, he is left with few leads and a handful of dead-ends. But with the help of important people in high places–and the expertise of alluring new friends–Stone is more than ready to rise to the occasion.