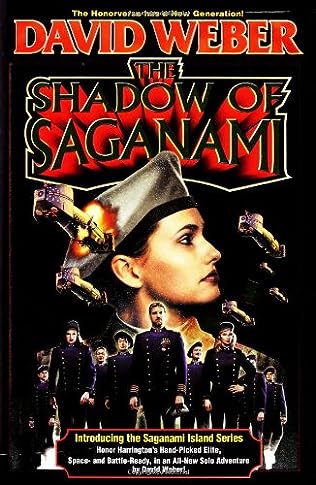 A book in the Honorverse Universe series (2004)

The Star Kingdom has a new generation of officers! And this elite group hand-picked and trained by Honor Harrington herself is going to be needed immediately, as their first assignment turns out to be more dangerous than anyone expected.

What was supposed to be a quiet outpost, far from the blazing conflict between the Star Kingdom of Manticore and the People’s Republic of Haven has actually been targeted by an unholy alliance between the slaveholders of Manpower, the rival star kingdoms of Mesa and Monica, and the bureaucrats of the Solarian League. The alliance stands to benefit if the Havenites defeat Manticore, and are preparing for a surprise attack from the rear to divide Manticore’s forces, which are already strained nearly to their limits.

With their captain, the young Manticoran officers will risk their careers, if not their lives, on an unauthorized mission to expose and counter the threat to their Star Kingdom. Follow their journey as they show what they’re made of as New York Times best-selling author David Weber begins a new series that will be a must for the hundreds of thousands of Honor Harrington fans.