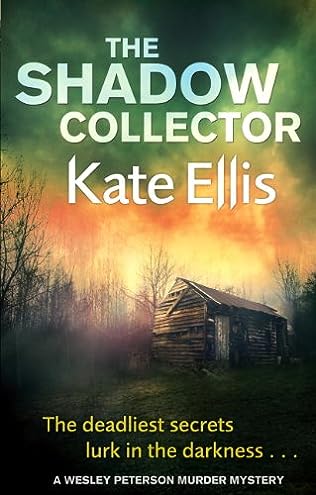 Eighteen years ago, Lilith Benley and her mother – rumored to be witches – were convicted of the brutal murder of two teenage girls. On Lilith’s release from prison, and shortly after she returns to her old home, a young woman is found dead at a neighboring farm where a celebrity reality TV show is being filmed. When DI Wesley Peterson is called in to investigate, he has to deal with fragile egos and hidden truths, as well as the possibility that Lilith Benley has killed again.

Meanwhile, archaeologist Neil Watson discovers a gruesome wax doll at a house that once belonged to a woman hanged for witchcraft in the seventeenth century. And when Neil has a near-fatal accident, some suspect a supernatural connection.

Even though Wesley has problems closer to home to solve, it is up to him to uncover terrible secrets, banish dark shadows collected in the past and bring a dangerous killer to justice – a killer who will stop at nothing to dispense vengeance and death.