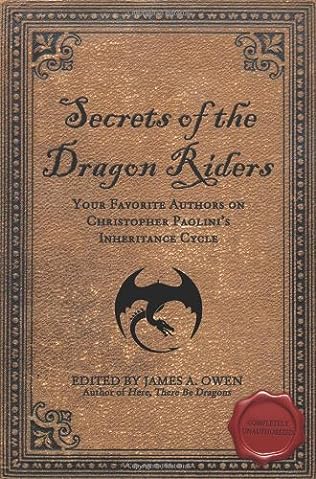 by James A. Owen

But there’s so much more to the series than meets the eye–and Secrets of the Dragon Riders, edited by today’s second hottest dragon-writer James A. Owen, shows readers what they’re missing.

Why might Roran be the real hero of the Inheritance Cycle? What does Paolini’s writing have in common with role-play games and modern action films? Are teenage writers judged more harshly than their adult counterparts?

The YA authors in Secrets of the Dragon Riders–some of them no older than Paolini when he wrote Eragon–each take on a different aspect of the series to engage and entertain Paolini fans.