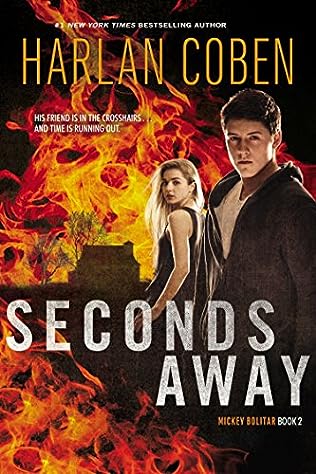 This action-packed second book in international bestseller Harlan Coben’s Mickey Bolitar young adult series follows Mickey as he continues to hunt for clues about the Abeona Shelter and the mysterious death of his father—all while trying to navigate the challenges of a new high school.

Teenager Mickey Bolitar is trying to find out all that he can about the Abeona Shelter. A mysterious woman has told him that his father who died in a traffic accident is not really dead. Mickey and his friends Ema and Spoon start looking for information. But when their friend Rachel is wounded by a gunshot to the head and her mother is murdered, Mickey tries to figure out what exactly happened that fateful night.

When tragedy strikes close to home, Mickey and his loyal new friends—sharp-witted Ema and the adorably charming Spoon—find themselves at the center of a terrifying mystery involving the shooting of their classmate Rachel. Now, not only does Mickey need to keep himself and his friends safe from the Butcher of Lodz, but he needs to figure out who shot Rachel—no matter what it takes.

Mickey Bolitar is as quick-witted and clever as his uncle Myron, but with danger just seconds away, it is going to take all of his determination and help from his friends to protect the people he loves, even if he does not know who—or what—he is protecting them from.