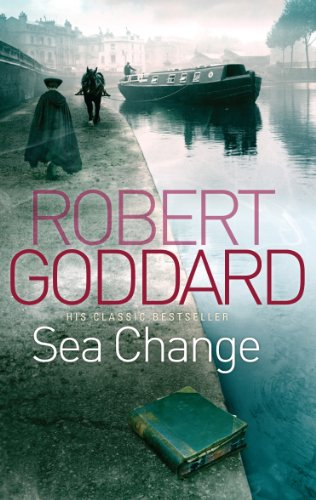 The greatest crimes are ones where a whole society is the victim; Robert Goddard’s excellent historical thriller Sea Changehas as its background the South Sea Bubble, the vast concatenation of Stock Market frauds which changed and corrupted eighteenth-century English life.

January, 1721. London is reeling from the effects of the greatest financial scandal of the age—the collapse of the South Sea Bubble, which plunged the nation into recession. William Spandrel, a penniless mapmaker, is offered a discharge of his debts by Sir Theodore Janssen, a director of the South Sea Company, on one condition: He must secretly convey an important package to Amsterdam.

With the package safely delivered, Spandrel barely survives an attempt on his life, only to discover that the recipient has been murdered, and that he himself is the prime suspect. Spandrel quickly realizes that he has become a pawn in a very dangerous game. British Government agents, and others, are on his trail, believing that the mysterious package contains secrets that could spark a revolution in England. Spandrel’s only chance of survival is to recover the package and place its contents in the right hands. But what are the contents and whose exactly are the right hands?