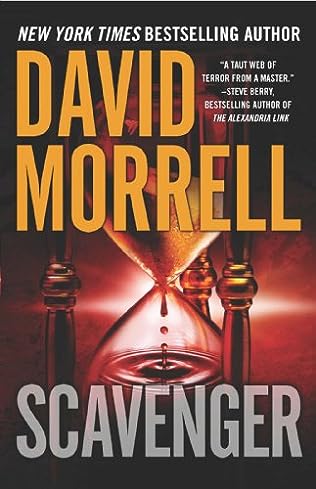 David Morrell’s Creepers was a publishing event in 2005, a powerful, edgy, dark thriller by a master of the genre. A New York Times best-seller, it won the prestigious Bram Stoker Award and earned numerous critical raves. Scavenger, Morrell’s latest novel, takes us in a harrowing new direction: a desperate high-tech scavenger hunt for a 100-year-old time capsule.

Frank Balenger, the resolute but damaged hero of Creepers, now finds himself trapped in a nightmarish game of fear and death. To save himself and the woman he loves, he must play by the rules of a god-like Game Master with an obsession for unearthing the past. But sometimes the past is buried for a reason. Scavenger is a brilliant, frightening hunter-hunted tale that layers modern technology over the dusty artifacts of earlier times.

The result is a surreal palimpsest, one that contains the secret of survival for Balenger and a handful of unwilling players who race against the game’s clock to solve the puzzle of the time capsule, only to discover that time is the true scavenger. Morrell’s trademark action sequences are embedded with fascinating historical clues that make Scavenger a thrill-a-minute page-turner as well as a mesmerizing literary experience.