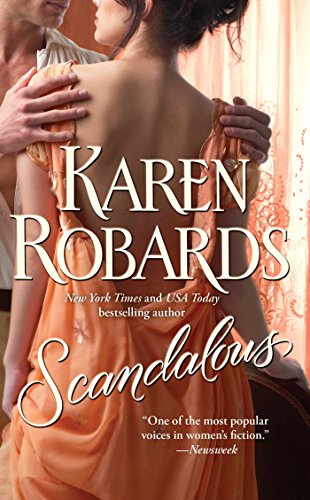 When appearances deceive and the fabric of intrigue becomes thicker, only true love can emerge victorious.

England, 1810: When Lady Gabriella Banning receives word that her half-brother, the Earl of Wickham, has died on his tea plantation in Ceylon, she faces the reality that she and her younger sisters, Claire and Elizabeth, are suddenly penniless. The family’s riches will pass to the next male heir — a distant cousin — and the Banning sisters are doomed unless Gabby thinks fast.

Which she does. Pretending that Marcus is still alive, Gabby arranges beautiful Claire’s London season. She’ll keep up the pretense just long enough for Claire to marry a fabulously wealthy nobleman. But when a handsome gentleman arrives at the door and claims to be Marcus, Gabby’s plan backfires. For if she exposes this mysterious stranger’s deceit, she exposes her own. Bound by secrets and lies, Gabby and the roguish adventurer strike sparks off each other — and soon London society is abuzz over the scandalous pair of “siblings” who appear to be falling in love…