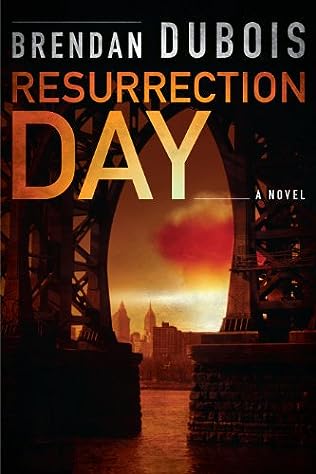 In the aftermath of the Cuban missile crisis, the U.S. has been crippled into a second-rate power dependent upon European allies for survival. In the shadow of this devastating chaos, a reporter stumbles across a man with secrets of the great war’s origins–and lies about Kennedy’s death.

“Everyone remembers exactly what they were doing the day President Kennedy tried to kill them.” * * * In 1962, the Cuban Missile Crisis brought the United States and the Soviet Union to the brink of the nuclear war. The crisis was averted, but what would have happened if war had broken out?

In “Resurrection Day,” award-winning author Brendan DuBois brings this horrific concept to life… * * * New York Times bestselling author Lee Child: “‘Resurrection Day’ is the best ‘what if’ novel in years — more clever and resonant than Robert Harris’s ‘Fatherland’ — and all the more scary because disaster was minutes away from happening for real. A book you’ll read three times and keep on your shelves forever.”

New York Times bestselling author William Martin: “What if the Russians had not blinked in October 1962? Brendan DuBois gives us the answer in this smart, suspenseful thriller, a frighteningly believable piece of alternative history. You’ll be shocked on every page by a world so familiar in its details that the terrible changes seem commonplace.