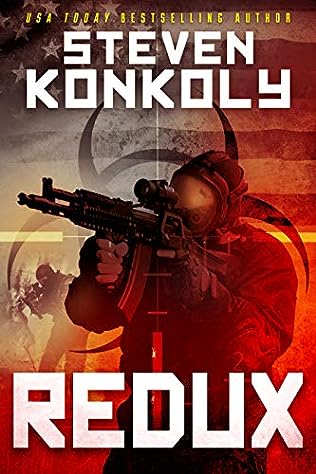 Two years after shocking Washington D.C. with a brutal betrayal, General Terrence Sanderson prepares for his triumphant return. With his illegal covert operations group resurrected, he waits in the shadows for the right moment to demonstrate the grim necessity of the Black Flag program. His opportunity may arrive sooner than expected.

At Langley, Karl Berg is appointed to a new position with the CIA’s National Clandestine Service. As senior liaison to the Weapons of Mass Destruction (WMD) Intelligence Center, he makes a disturbing discovery. Russian Federation intelligence services are secretly scouring Europe to find Anatoly Reznikov, a rogue Russian scientist at the top of every nation’s WMD watch list. Criminally obsessed with reviving a project long banned by the Russian government, Reznikov has finally found partners willing to fund his project, for an unimaginable price.

While the Russians pursue Reznikov, Berg goes “off the books” again and sends one of Sanderson’s Black Flag teams to investigate. Led by Daniel Petrovich, the team uncovers a twisted conspiracy aimed at striking a horrific blow against the West, with the frightening potential to bring the United States to its knees. With the help of Berg’s shadowy network, Petrovich races against the clock to find Reznikov, before the Russians eliminate the only link to the emerging worldwide threat.

Nothing is what it seems in this gritty world of covert operatives and back room Washington agendas.