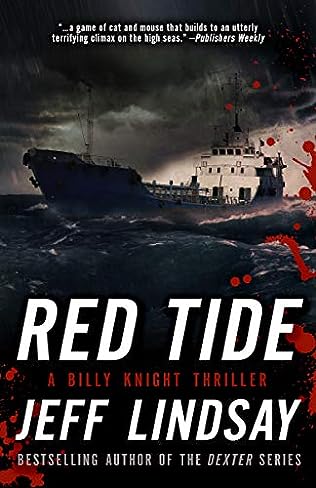 From Jeff Lindsay, the bestselling author of the Dexter series, comes the long-awaited sequel to his debut novel, Tropical Depression, featuring ex-cop Billy Knight. Jeff Lindsay once again brings his readers to Miami, this time not with Dexter rather with Billy Knight.

Ex-cop Billy Knight wants to ride out Key West’s slow-season with the occasional charter and the frequent beer. But when he discovers a dead body floating in the gulf, Billy gets drawn into a deadly plot of dark magic and profound evil. Along with his plucky, gun-happy friend, Nicky, and Anna, a resilient and mysterious survivor of her own horrors, Billy sets out to right the wrongs the police won’t, putting himself in mortal peril on the high seas.

Billy Knight is an ex cop who gets involved in a murder investigation that the Police have no interest in. Aided by his friend Nicky and a love interest Anna he goes about trying to unravel the mystery on the high seas.

Written in a similar style to the Dexter books there is more than a hint of humor and lots of wisecracks to keep this book light while maintaining the thriller genre.