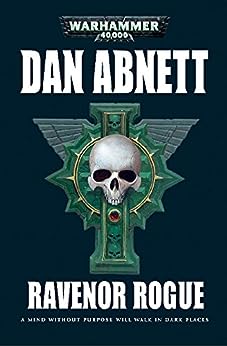 In the third book of the series, Inquisitor Ravenor’s pursuit of his arch-nemesis Molotch takes him and his team to places dark and dangerous. Unknown to Ravenor, one of his team hides a deadly secret that could doom them all.

Inquisitor Ravenor continues his persecution of the arch-heretic Zygmunt Molotch – a hunt that has, for him, now become an obsession. In direct contravention of Inquisition orders, Ravenor and his team go rogue, in relentless pursuit of their quarry.

Thrown through time and space, pitted against enemies of limitless power and cunning, just how much will Ravenor and his team have to sacrifice to save the day?

The trilogy comes to a thrilling conclusion as Ravenor closes in on his prey… but the real danger proves to be from within. One of the inquisitor’s closest allies is working against him… but who?