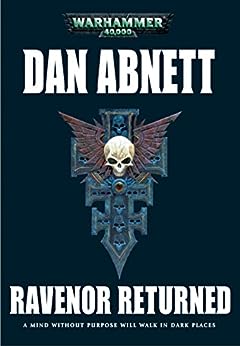 Following the adventures of Imperial Inquisitor Ravenor and his warband of the dark and gothic future, this title is the second in ‘Ravenor’ series.

This time around, Ravenor and his loyal retinue go undercover, investigating a conspiracy to move heretical arcane technology within the Imperium.

Inquisitor Gideon Ravenor and his retinue are believed dead and, with shadowy forces moving against them, they’d like to keep it that way. Returning back to the planet Eustis Majoris, they go undercover, investigating a brutal ring of smugglers moving stolen arcane technology within the Imperium.

As they descend deeper into the organization, it becomes clear that a terrible plot is unraveling. The ancient machines contain the unthinkable, and Ravenor must summon all of his wits to thwart the conspirators before the ultimate secrets of Chaos itself are laid bare.