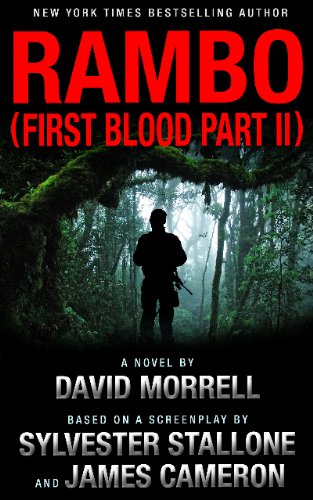 John Rambo. Vietnam vet. American. First Blood unleased the fury of his rage. Now in prison for his bloody one-man war against a small-town sheriff.

Colonel Trautman. Green beret. Rambo’s former commanding officer. With a signed release form – if Rambo will take on what would be a suicide mission for most men.

One: Penetrate the remembered jungles of Hell, and find the missing Americans who are still being tortured there.

Two: Don’t rescue them. Only bring back photos. Don’t engage the enemy. Don’t get revenge.

For Rambo the first part is rough.

This book was written as a continuation of the movie and not the original book. In the book John Rambo died but apparently Tinsel Town saw a sequel crying to be made before the first one hit the silver screen. Morrell’s plot and characterization seem more legitimate than what was shown on screen. A light read with a lot of action.