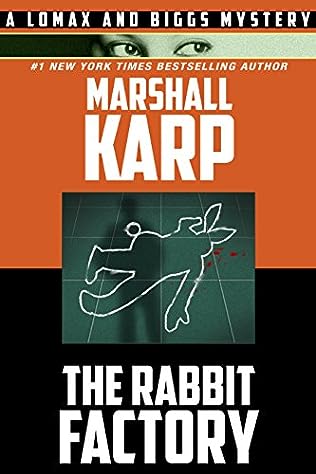 Bringing a fresh duo of cops to the thriller set, The Rabbit Factory is both suspenseful and satiric; a taut mystery wrapped in sharp, comedic prose.

The hilarious and suspenseful introduction of Detectives Mike Lomax and Terry Biggs.

Welcome to Familyland, an offshoot of Lamaar Studios. Once a small, Southern California animation house, it has grown into an entertainment conglomerate encompassing movies, television, music, video games, and a sprawling theme park.

When an actor portraying Familyland’s beloved mascot, Rambunctious Rabbit, is brutally murdered on park grounds, Lamaar executives are worried that the idyllic image of ’50s America represented in Familyland will be shattered. They ask Mike Lomax and his partner Terry Biggs, the LAPD detectives assigned to solve the case, to keep the circumstances surrounding the death of their mascot quiet.

When a second Lamaar employee is killed, Lomax and Biggs uncover a conspiracy to destroy Familyland and settle an unknown vendetta. Still, under pressure to keep the case away from the public eye, the detectives are met with a third murder – and an outrageous demand: Anyone who associates with Lamaar – employees, customers, anyone – will be killed.