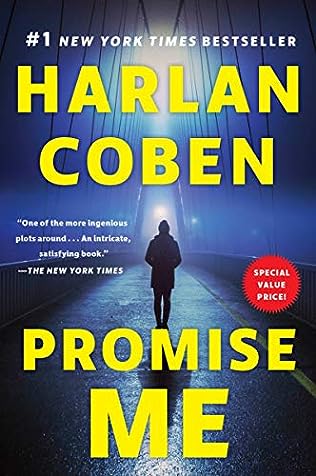 It has been six years since entertainment agent Myron Bolitar last played superhero. In six years he hasn’t thrown a punch. He hasn’t held, much less fired, a gun. He hasn’t threatened or been threatened. He hasn’t called his friend Win, still the scariest man he knows, to back him up or get him out of trouble. In the past six years, none of his clients have been murdered– a real positive for his business.

But all that is about to change. Because of the simple urge to protect two neighborhood high-school girls from the all-too-dangerous and all-too-common mistake of getting in a car with a drunk driver, Myron has them make him a promise: If they are ever in a bind but are afraid to call their parents, they should call him rather than get in a car with someone who’s been drinking. Several nights later, the call comes at 2:00 am, and true to his word, Myron picks up one of the girls in midtown Manhattan and drives her to a quiet cul-de-sac in New Jersey where she says her friend lives.

The next day, the girl’s parents discover that their daughter is missing. And that Myron was the last person to see her. Now, in a desperate attempt to fulfill a well-intentioned promise gone nightmarishly wrong, Myron must become a hero again to save a young girl’s life.