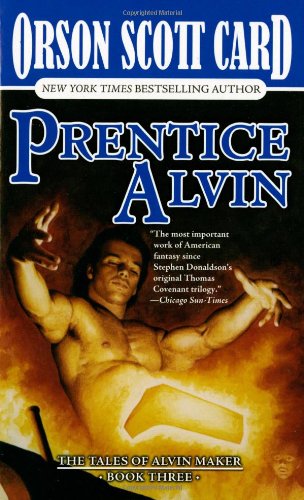 The quiet and peaceful America in which Alvin was born has not existed for a long time: the white man has torn the earth from the red man, has cut, cut down, defaced and plundered.

The young Alvin, unconscious incarnation of an arcane and unfathomable power, is the only one who can give hope back to that tormented land. With the help of Ta-Kumsaw, a strong and proud Red, and his brother Lolla-Wossiky, the “prophet of the red earth”, Alvin will find the strength to fight for the salvation of his land of which he will see even the distant uncertain future: the mysterious Crystal City.

Young Alvin returns to the town of his birth, and begins his apprenticeship with Makepeace Smith, committing seven years of his life in exchange for the skills and knowledge of a blacksmith. But Alvin must also learn to control and use his own talent, that of a Maker, else his destiny will be unfulfilled.

Alvin has returned to the town of his birth in order to become the blacksmith’s apprentice. But he has more than one art to learn: he must also discover how to be a Maker. And he hopes the Torch-girl will be able to help him.