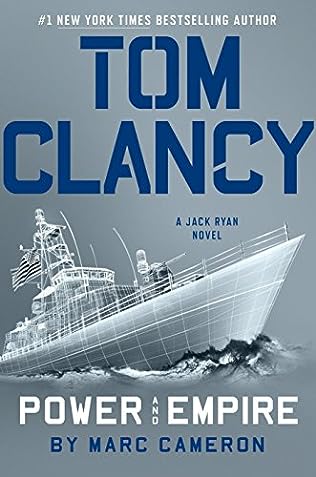 A growing threat from China leaves US President Jack Ryan with only a few desperate options in this continuation of the internationally bestselling Tom Clancy series.

As the world shakes from seemingly disparate outbursts of terrorism, Jack Ryan prepares for a crucial negotiation with President Zhou’s increasingly hostile China. He is dealing with an aggressive challenge from the Chinese government. Pawns are being moved around a global chessboard, an attack on an oil platform in Africa, a terrorist attack on an American destroyer and a storm-tossed American spy ship that may fall into Chinese hands. It seems that Premier Zhou is determined to limit Ryan’s options in the upcoming G20 negotiations.

But there are hints that there’s even more going on behind the scene. When a routine traffic stop on an isolated road in rural Texas leads to the discovery of a stolen USB stick, it becomes clear there is a dark connection between the attacks. A link to a Chinese spy who may have information that leads to an unexpected revelation. John Clark and the members of the Campus are in close pursuit, but can they get the information in time?

With tensions rising, a US spy ship in the South China Sea gets caught up in a violent storm – a storm which threatens to push it into the path of the Chinese navy, with potentially disastrous consequences.

As the international summit approaches, and the mastermind behind the violence remains at large, Jack Ryan has no choice but to face Zhou. Little does he realise he’s walking straight into the jaws of the dragon…