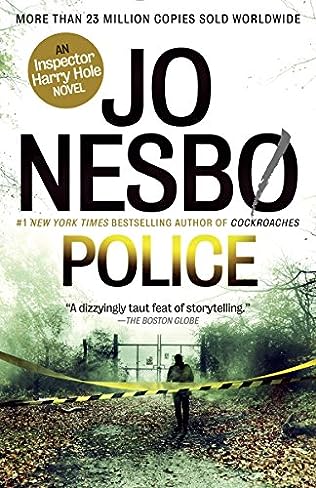 A killer is stalking Oslo’s streets. Police officers are being slain at the scenes of crimes they once investigated, but failed to solve. The murders are brutal, the media reaction hysterical.

When a police officer is found murdered at the scene of an old unsolved murder case that he was involved in investigating, it can hardly be a coincidence. When the same thing happens to two other officers in a matter of months the pattern is as clear as it is terrifying. None of the old cases were ever solved. The killings are extremely brutal and the police have no leads. What’s more, they’re missing their best investigator.

At the same time, a severely wounded man is in a coma and kept alive at a hospital in Oslo. The police guard the room and the identity of the patient is kept secret.

For years, detective Harry Hole has been at the centre of every major criminal investigation in Oslo. His dedication to his job and his brilliant insights have saved the lives of countless people. But now, with those he loves most facing terrible danger, Harry can’t protect anyone.

Once again Jo Nesbø delivers a devilishly clever story about the scope of human evil; a cat-and-mouse game that involves not only the victims and the police, but also the reader.