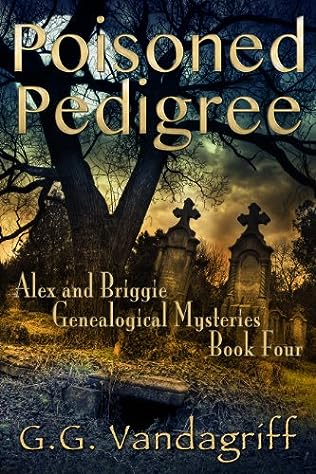 Kerry hires Alexandra Campbell and Brighamina Poulson (RootSearch, Inc.) to look into this mystery for her in the wilds of Southwest Missouri. She never dreams she is putting them into mortal danger from individuals who will kill rather than reveal the many secrets that have been held for generations.

No sooner do Alex and Briggie begin their investigation, than violence begins with the murder of the “Keeper,” a woman who knows the past of every resident of the town of Trotter’s Bridge. The genealogists call in reinforcements—Alex’s fiance, Charles, Briggie’s elderly swain, Richard—while Kerry and her psychologist, Daniel, (a former flame of Alex’s who is determined not to let her go) decide to join the hunt for the killer as well.

The danger only escalates, along with major trouble in Alex’s relationships with Charles and Daniel. She is unable to untangle her personal life, as murder has never stalked these genealogists so closely, nor been so nearly successful as it is in the woods and caves of this town that time forgot.